The ALBERTINA MODERN now presents Ai Weiwei’s In Search of Humanity until September 4, 2022.

Who is Ai Weiwei?

Ai Weiwei is one of the most prominent human rights fighters in the world. Born in Beijing, China in 1957, Ai Weiwei grew up during the Cultural Revolution and experienced the exile of his father, China’s great poet, Ai Qing. This event, though early in his life, would later shape him into the brave activist he has become today.

In the 1980s, he found his calling in the East Village in New York where he worked on photography and followed the protest movements happening around him. During his days in New York, he gained inspiration from French artist Marcel Duchamp and German sculptor Joseph Beuys. Under these influences, some of his earliest sculptures blossomed into fruition which would later be recognized as one of his earliest creative phases and be inspected for underlying meanings.

When his father fell ill in the early 1990´s, Ai Weiwei returned to Beijing. Upon his return, he adamantly responded to the devastating aftermath of the Tiananmen Square massacre through art. Thus he invented his trademark, the outstretched middle finger held in front of famous locations or institutions of power. Carefully selecting the scenery for his photographs, Ai Weiwei used these opportunities to illustrate his disdain for the mechanisms of power and raise awareness of unfair treatment. His mission was to represent the power of people and denounce the injustices of the world.

“He attacks the violation of human rights, the restriction of individual freedom, censorship, corruption”

His stand against power structures and fight for human rights fueled his career and has inspired many around the globe to stand in solidarity. “He unrelentingly takes a closer look wherever he sees freedom of expression and human rights in danger—from the Chinese government’s methods of intimidation and the threats to journalists and political activists to the protests in Hong Kong, the massive restrictions in Wuhan during the outbreak of the corona pandemic, and even his own detainment in 2011” (“Ai Weiwei. in Search of Humanity.”).  His tireless battles against authoritarianism makes Ai Weiwei an international voice for human rights.

In Search of Humanity at ALBERTINA MODERN

In Search of Humanity is the first exhibition to combine Ai Weiwei´s objects with his quest for a solidary society. This exhibition offers a comprehensive collection of Ai Weiwei´s photographs, films, sculptures, wall works, and cultural readymades. Thus, resulting in an extensive overview of this acclaimed artist’s creative phases, design principles, and intriguing career. 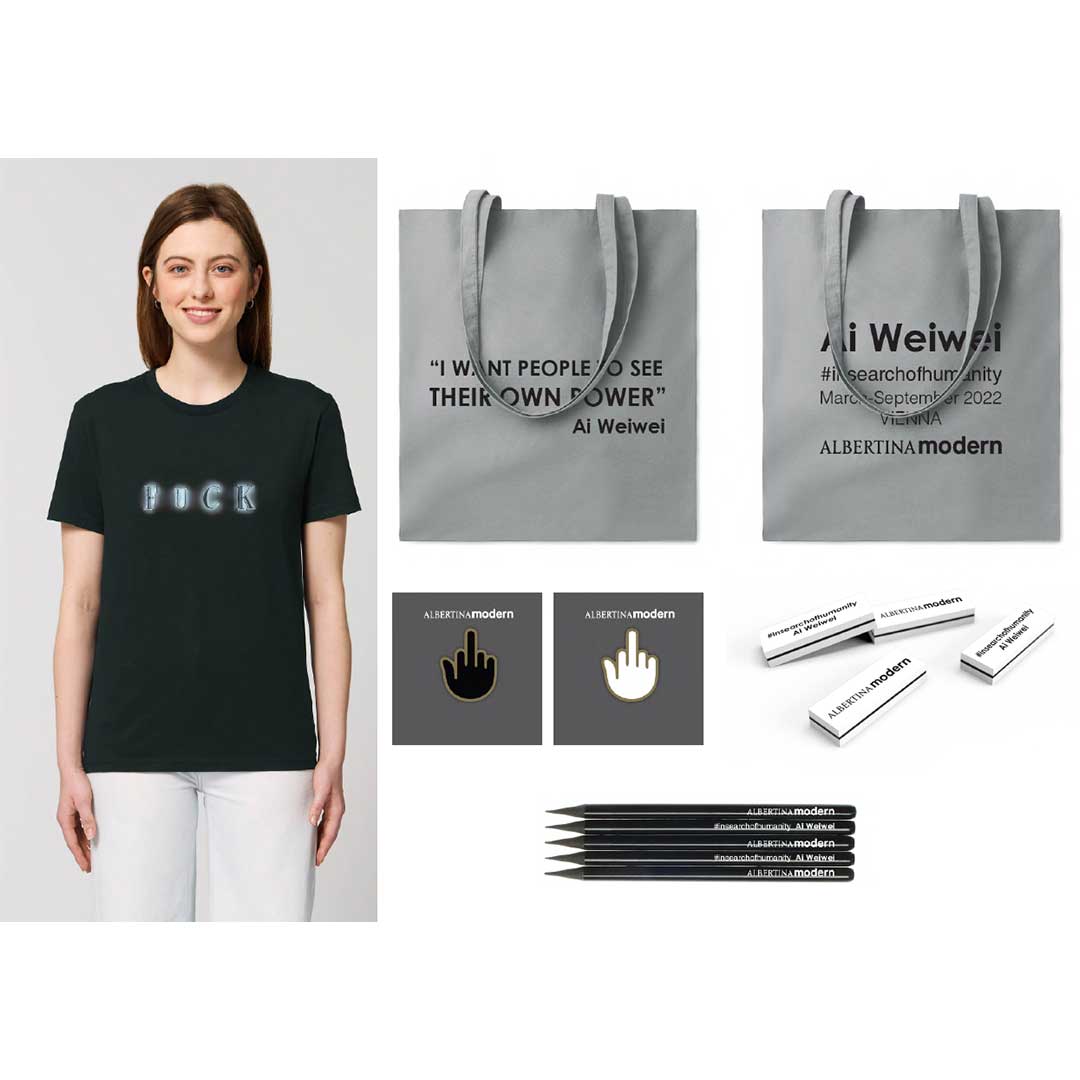